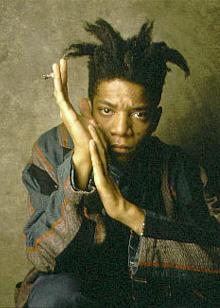 Cover photo “Basquiat” by Source. Licensed under Fair use via Wikipedia.